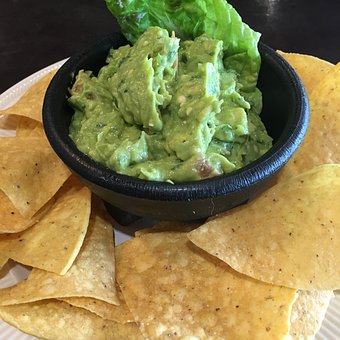 Often referred to as an alligator pear (because of its shape and the rough green skin of some cultivars) it’s really a fruit and appears more frequently in the form of guacamole and is loved around the world, http://www.centurianwildlife.com. Botanically a large berry containing a single large seed called a”pit” or a”stone” it can be dated all the way back to Peru, sometime between 8,000 to 15,000 years ago. It was first introduced in the United States, namely Florida and Hawaii in 1833 and in California in 1856.

Before 1915, the avocado was commonly called ahuacate because of its Spanish origins. Mexico is the world’s largest avocado grower, clocking in at 415,520 acres, which yields a harvest of 1.47 million tons. And in the U.S. 95 percent of production is located in Southern California, with 60% in San Diego County, where one of its most populous cities, Fallbrook, claims the title of”Avocado Capital of the World.” Most Americans purchase the”Hass” variety, which has a milder meat and mixes and slices well.

Here are some of the ways we love our avocados:

Guacamole with lots of salsa, chips and lime wedges;

Now”avocado toast” is the newest craze, smashing it on toast with lemon juice, chili flakes, and some fresh herbs;

In Mexico and Central America, avocados are served mixed with white rice, in soups, salads, or on the side of meat and poultry;

A non-dairy or mayo substitute;

slathered on a sunburn or used as a facial mask;

Considering we all need”healthy fats” instead of unhealthy trans fat and saturated fats, the avocado offers omega 3 fat, is not just highly nutritious but may also be soothing in skin preparations. Unlike other fruits, they’re low in sugar and can be enjoyed daily as a healthy fat and welcome addition to so many foods.

With America’s love of Mexican food, the avocado is a must and consumption has grown dramatically over the past two decades. It’s jumped to a record high of nearly 1.9 billion pounds (or some 4.25 billion avocados) last year, more than twice the amount consumed in 2005, and almost four times as many as sold in 2000. Residents of Los Angeles consume more than twice as many as any other city (no surprise there) with NY second, Dallas third and Phoenix fourth. For Boomers who grew up with them, particularly east of the Mississippi, they may have been slow to arrive at the party, but with the availability of avocados both from Mexico and California, they have become plentiful albeit pricey in some areas of the country.