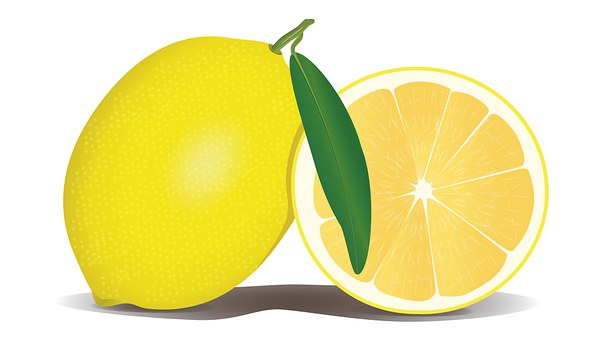 Somewhere along the line it turned into a hybrid between the bitter orange (sour orange) and citron, which is your basic granddaddy of the citrus family, with its thick bumpy rind and sour flavor.

The fruit has come a long way since then, which makes it among the world’s favorite citrus. Arab traders brought lemons to the Middle East and Africa sometime afterwards as it made its way to southern Italy around 200 B.C. and has been cultivated in Egypt. Citron paved the way for all citrus as it came in the Mediterranean around the late first century BC. Nowadays, the citron, which contains very little juice or pulp, is usually candied and baked into fruitcakes.

Slow to catch on, for more than a century citron and lemon were the only citrus fruits known from the Mediterranean basin. Lemons, though commonplace and abundant today, were actually rare in ancient Rome, prized by the elite, and represented high social status. (So if someone called you a lemon back then, it was probably a compliment.)

At first, lemons weren’t widely grown for food or seasoning but largely an ornamental plant, such as tomatoes, until about the 10th century. The Arabs introduced the lemon into Spain in the 11th century, and by then they had become a frequent crop in the Mediterranean area. The lemon has been introduced to Western Europe somewhere between the years 1000 and 1200 BC. And traveled with the Crusades throughout their journeys, making its way to England in the early 16th century. The Italian word limone dates back to the Arabic and Persian word limun.

Thanks to Christopher Columbus, who brought them to Hispaniola (the Dominican Republic) in 1493, these new trees that produced odd yellow sour fruit, spread across the New World but were used mainly as an ornamental and medicinal plant because of their very sour Bat Poop taste. (Apparently no one had figured out how to make lemon meringue pie yet).

While foodie president Thomas Jefferson boasted over one thousand fruit trees in his orchards, there is absolutely no record he ever experimented with citrus, although he must have encountered them in his travels to France, but the Virginia climate simply did not lend itself to citrus. However, lemons were being grown in California from the mid-1700s, and in tropical Florida from the 1800s, when they became a hit in flavoring and cooking.

Although lemon flavored puddings and custards are appreciated for centuries, our preferred lemon meringue pie as we know it now is a 19th-century product. The earliest recorded recipe has been attributed to a Swiss baker named Alexander Frehse. There’s also speculation that a British botanist could have chased it around 1875, but whoever dreamed it up sure did us a favor.

Over 200 or so varieties of the lemon have evolved over the last three centuries. Unlike regular lemons, Meyer lemons aren’t picked green and cured after harvesting but are picked when fully ripe. They bear fruit year-round, are generally less sour and their pulp is orange-colored.

A lot of us learned in grammar school that lemons and limes averted a disease called scurvy, which Scottish surgeon James Lind discovered in 1747, urging the British Royal Navy to execute to be able to save countless sailors. (thus the nickname”limey” to get a Brit, which sounded better than”lemony”). This opened the door to the value of Vitamin C and its significance in nutrition.

It’s tough to imagine life without the lemon. But you enjoy them, their bright yellow color, tangy taste and fragrant odor improve our lives in many various ways, and if you are fortunate enough to reside in a place where they grow, you can indulge for virtually pennies.